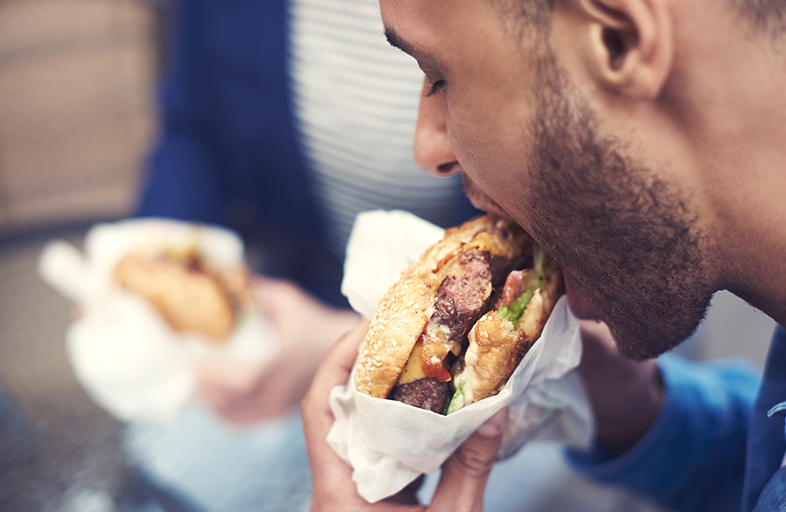 Teenage boys who prefer high-fat and processed foods like pizzas,
chips, and snacks may end up without grandchildren, according to
a new Harvard University study. Read on and discover why diet is
so vital for sperm cells and why the trace element selenium is
something you should pay careful attention to.

Sperm cell quality among young men has never been worse, and
according to a new study from Harvard University based on Danish men
with an average age of 19 years, diets are to blame. Unhealthy food
choices can harm male fertility irreversibly by the time men reach 18,
meaning that they will never be able to father a child of their own.

Damages sperm cells
Apparently, junk food like pizzas, chips, and snacks are throwing a
wrench in the body’s sperm cell production, causing sperm counts to
decline and exposing sperm cells to oxidative stress – a type of molecular
damage that leads to malformed sperm cells that lack the ability to swim
and navigate like normal, healthy sperm cells.

Swiss men hold the record
A recent Swiss study shocked by showing that 17% of young, Swiss army
draftees had fewer than 15 million sperm cells in each ml. of ejaculate,
where the European average is 41-67 million, and in 25% of the Swiss
men less than 40% of the sperm cells were motile (able to swim).

Normal sperm cells require selenium
Selenium is a trace element that has a vital function in fertility, as it
contributes to the synthesis of normal sperm cells. Selenium also protects
cells (sperm cells included) against oxidative damage. It is therefore
essential to make sure that you get enough of this micronutrient.

Selenium in tablet form
In Europe, even an average diet may not be able to provide sufficient
amounts of selenium, according to food analyses. Selenium is found in
meat, grains, seafood, and Brazil nuts, but one can also take it in
supplement form.

Documented in studies
A study that was conducted many years ago and published in British
Journal of Urology demonstrated that selenium given to a group of men
with fertility problems improved their sperm quality. The preparation was
used was BioActive Selenium + Zinc from Pharma Nord.

BioActive Selenium + Zinc contains the patented organic selenium yeast,
SelenoPrecise, which has very good bioavailability. Studies document that
88.7% of the selenium content in SelenoPrecise is absorbed. BioActive
Selenium + Zinc also contains zinc (which contributes to normal sperm
cell production) and vitamins A, B6, C, and E.

You can read more about BioActive Selenium + Zinc and SelenoPrecise
here.